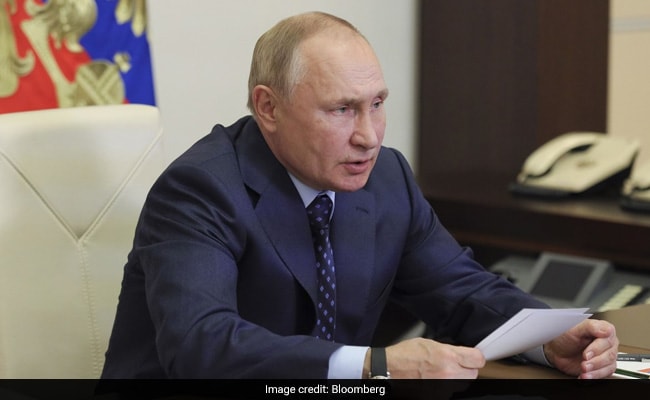 Russian President Vladimir Putin insisted he had a cold and said that everything is fine.

President Vladimir Putin said he has a cold and he isn’t suffering from COVID-19, after he was heard repeatedly coughing at a televised meeting with officials.

“Don’t worry, everything’s fine,” Putin told a videoconference Monday with his Security Council, also shown on state television. “They do tests practically on a daily basis not only for COVID-19 but for all other infections and everything is ok.”

That unannounced broadcast followed an earlier one Putin held with officials to discuss agriculture, in which he was seen and heard coughing on numerous occasions.

Valentina Matviyenko, the speaker of the upper house of parliament, interrupted Putin at the Security Council after that event to ask about his health. “Everyone got worried,” she said.

“I was out in the cool air and moving around actively but nothing terrible is happening,” Putin told the Security Council officials. “I know you’re all vaccinated and don’t forget to get revaccinated,” he said, referring to booster shots against COVID-19.

The Russian president, who last week celebrated his 69th birthday, went into self-isolation last month when he disclosed that dozens of his staff had been affected by a COVID-19 outbreak. He showed no public sign of illness himself and emerged after two weeks to hold an in-person meeting with Turkish President Recep Tayyip Erdogan Sept. 29. Since then, however, he’s continued to hold most of his public meetings by videoconference.

Total deaths in Russia linked to COVID-19 since the epidemic began rose above 400,000 in August, according to the latest monthly assessment by the Federal Statistics Service released late Friday. July and August have been the deadliest months to date, with a total of 100,000 deaths recorded.

“Why Pending For 8 Years?…” High Court To Delhi Government On Plea On Ration Card