The recent events along the LoC, LAC and in the J&amp;K suggest that India is facing an integrated and coordinated security threat from the Sino-Pak-Taliban trio. In this context the following dimensions deserve attention.

First, since the capture of Kabul, there has been a significant increase in the terrorist activities in J&K and the arrest in Delhi of an ISI agent indicates plans to create violence in other regions as well. While different outfits claimed responsibility for killing the civilians, it was clear that they were created by LeT at the behest of ISI. The purpose is to create fear and panic among the minorities and force them to move out of J&K and discourage those who are planning to go back to their homes. The aim is to change the demographic pattern to strengthen the narrative of Pakistan. The air violation by the UAVs from Pakistan have considerably increased in recent times. The Taliban victory in Afghanistan has emboldened both ISI and the terrorist outfits. The threat to women to wear Hijab and not to come out alone are inspired by the Taliban.

Second, the Chinese refusal at the 13 th round of the top-level military talks to agree to a reasonable term for disengagement at the Hot Spring and Depsang Plains along with their attempts to encroach into the Indian territory at multiple points, reveal a well-calibrated plan to put pressure on India. The occupation by the Chinese forces of the Hot Spring is considered strategically important by China as it is close to the Kongka Pass lying close to the highway (G 219) connecting Tibet and Xingjian. Depsang is not only close to Karakorum pass but its occupation by China can threaten the Indian DS-DBO road. There is no denying the fact that now China sees itself in a stronger position to adopt ahardline approach after India vacated the advantageous position at the Kailash Range. There are internal pressures also on Xi, who cannot be seen to withdraw PLA from the LAC when CCP is celebrating its centenary. Moreover, annexation of territory in its periphery is the “Chinese Dream” projected by Xi. China has already declared that it would not sacrifice its sovereignty and territory. All the agreements on the border between the two countries get nullified for border settlement. China used force last year, hence the agreement on Tibet of 2003 also gets nullified.

Third, both China and Pakistan in a coordinated manner are not only supporting the Taliban but manging them to focus on J&K. The Al Qaeda, which hailed the Taliban capture of Afghanistan, mentioned its intents to operate in J&K but did not include support to Uyghurs. The ISI has close links with Haqqani Network and it manged the central position for the latter in the Taliban government and they have links with IS-K which was responsible for the attacks on the Gurudwara in Kabul. The Taliban do not consider IS-K a security threat. They only say that IS-K is a headache, mainly for the International Community -the support of which is essential to get finances. So far, neither they have formed an inclusive government nor reduced torture of the Afghan women and other ethnic groups. The Taliban reaction to killing of Shias is a testimony of this soft approach of Taliban towards IS-K. More importantly, the terrorist groups like LeT and JeM continue to functions along with Al Qaeda in the Indian Subcontinent. Pakistan considers an anti-India government in Kabul is essential in its interest. In the process, Pakistan is nurturing terrorism in the region to use it as a state instrument against India. China would be happy if its interests are secured. Presently Pakistan appears to have manged the Taliban and its allies to keep the Chinese interests in view.

Fourth, the most serious dimension is the placement of Pak Army officers in the Western and Southern Commands of China. While their objectives are not known, it could have multiple goals. Could the Pak officers be examining ways to push Pak based terrorists through the Eastern Ladakh? Given the Pakistani Army officers expertise in this sphere, such a possibility cannot be ruled out. Another possibility could be to train the Chinese militia for such infiltration into India through the Eastern Ladakh. The placement in the Southern Command of the Pak Army officers could be to use their expertise to reignite insurgency in the North-East.

Fifth, several high-level exchanges between the PLA and the Pak Army have taken place. since the withdrawal of Article 370. At the international forums they are adopting a coordinated approach on Taliban. It is very likely that they could be having joint plans to put military pressure on India.

Sixth, Pakistan is supporting BRI projects in the region. China is also considering to exploit mineral resources of Afghanistan with the help of Pakistan.

In view of the forgoing, India needs to adopt a multi-pronged strategy to counter the emerging threats. Internally, it has to beef up its counter-terror intelligence system. Intelligence led operations are needed to ensure the neutralisation of terrorists. The recent steps in this direction are praiseworthy but we cannot relax in view of two states coordinating to create problems. Along the LoC, a higher vigilance is needed to check infiltration and the use of UAVs to smuggle arms. The Eastern Ladakh requires higher deployment of forces and technological surveillance. India now needs to occupy strategic points like Kailash Range for better bargaining position. In the North-East a higher vigilance is needed. Our new security threats demand a better understanding the Myanmar Army and there should not be any hesitation in this approach. Security requirements should dictate our overall approach.

Given the Pak animosity and the Chinese current approach in the period when they are celebrating hundred years of CCP and advance movement towards the Chinese Dream shown by Xi, Islamabad and Beijing are unlikely to change their approach. While nuclear capabilities would not allow any large-scale conflict, border incursions are likely to continue and in this we are already facing a two-front war with the Taliban-Afghanistan providing strategic depth. China is using guerrilla warfare both militarily and diplomatically with objective of expansion. Hence, we need to build leverages to deal with the developing situation.

As far as Pakistan is considered, India needs to seriously consider giving political, moral and diplomatic support to Baloch and Pashtun movements. There should not be any hesitation when they are giving assistance to terrorists to operate in J&K, whom they call freedom fighters.

As far as Taliban are considered, at G-20 PM Modi has taken the right approach. There has to be more pressure on the Taliban to have an inclusive government and they have to stop harassment of ethnic groups. The resistance against them is likely to grow and in coordination with other like-minded countries, a well-considered approach should be adopted on this issue.

As far as China is considered, the time has come to change our approach towards Tibet and Taiwan. The Tibetans should be given support to have the self-rule there. Our border issues are between Tibet and India and not between China and India. On Tibet, we can coordinate our approach with the US. Like US, we can appoint a special envoy for Tibet for better projection of their issue at the international stage. With Taiwan, India’s relations have improved and further steps should be taken to have better trade and diplomatic exchanges. Taiwan is crucial for the free, open, and inclusive Indo-Pacific. Attempts should be made to include Taiwan in Quad Plus. Alongside, the Quad platform should be used to mount pressure on China to stop coercion not only against India but also against countries in the South and East China Seas. 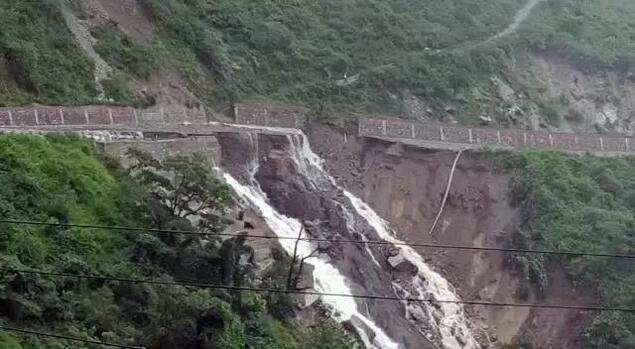 Covaxin junior: Bharat Biotech’s kids’ vaccine is good news. But why is its vaccine for adults yet to get WHO clearance?